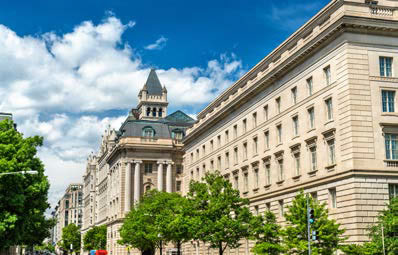 Taxpayers who itemize deductions on Schedule A of their tax return have been able to deduct outlays for state and local income tax as well as property tax with no upper limit. (State and local sales tax may be deducted instead of income tax.) However, as of 2018, the Tax Cuts and Jobs Act of 2017 provides that no more than $10,000 of these state and local tax (SALT) expenses can be deducted on single or joint tax returns ($5,000 for married individuals filing separately).

Example: Marge Williams might have been able to deduct $20,000, $50,000, or even more in SALT payments in 2017. For 2018, Marge’s SALT deduction will be capped at $10,000. Thus, her SALT payments over $10,000 will be made with 100-cent dollars. Previously, those state and local tax bills might have effectively been paid with, say, 65-cent or even 60.4-cent dollars, depending on her federal tax bracket. Political figures in high tax states worry that this sizable increase in net tax obligations
will cause residents to flee to other states with lower taxes; moreover, residents of other states might be reluctant to move to places where taxes are steep. That may or may not be the case. After all, taxpayers subject to the alternative minimum tax have been making SALT payments with 100-cent dollars for years—SALT is an add-back item in the alternative minimum tax calculation, wiping out the tax benefit—so the new rule might not be as painful as it appears.

The second part of the New York plan involves a voluntary payroll tax, paid by employers, starting at 1.5% and escalating to 5% in two years. This voluntary payroll tax also will generate state income tax credits. Apparently, the idea is that employers would offset the extra expense by cutting wages, which will wind up as a wash for employees because of the tax savings.

Apparently, the idea is that employers would offset the extra expense by cutting wages, which will wind up as a wash for employees because of the tax savings. IRS takes notice Observers wondered what the IRS would think about such “work arounds” of the new SALT limits. Their questions were answered swiftly in IRS Notice 2018-54, released in May.

The IRS characterized such state efforts as attempts to “circumvent” the new law. Federal tax deductions are controlled by federal law, the notice pointed out: Just because a state says that certain outlays are deductible on federal tax returns does not necessarily make it the last word on the subject. In the notice, the IRS announced that it will publish proposed regulations on this issue. The agency mentioned “substance over form,” indicating that challenges are likely. Officials in New York and other high tax states reportedly will continue to seek SALT relief. Tax preparers and taxpayers may want to carefully consider whether they want to be among the proverbial dogs in this fight.